How to Bypass Activation Lock with Jailbreak?

The activation lock has always been the huge trouble for second-hand iPhone buyers. If you buy an iPhone with an activation lock on and you cannot contact the original owner, then you have no option but to bypass it yourself. Bypassing Activation lock with jailbreak is usually the first idea that comes to users in this situation.

Yes. Jailbreak can remove the activation lock. It allows you to get root access to the operating system of the iPhone, and other leading devices from Apple. Here are the advantages of jaibreaking:

Device Customization – get the ability to download applications without AppStore, bypass restrictions on files, and customize the looks of your phone.

SIM Unlocking – an easy way to shift to a different carrier if you're tied with one ever since you bought the iPhone.

Expanded Features – replace default apps with ones of your choice, install new packages, and modify them according to your will.

Watch the video to learn more about jailbreaking 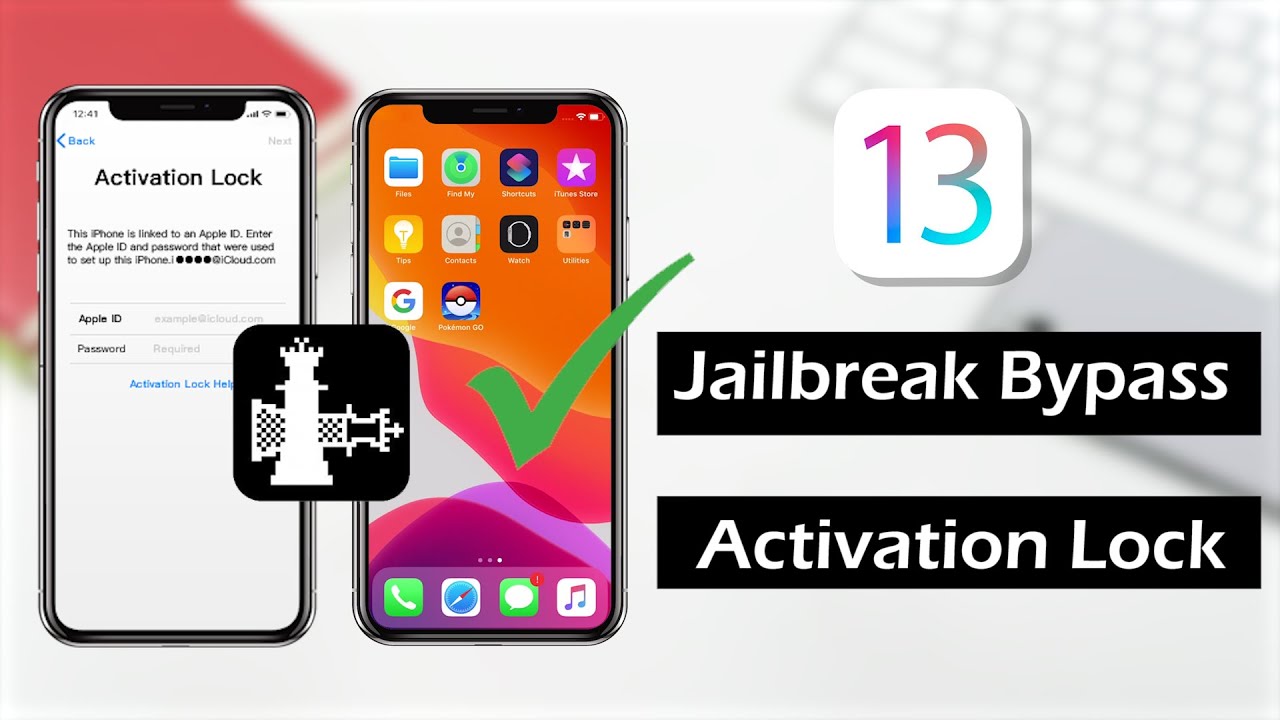 Part 2: How to Bypass Activation Lock with Jailbreaking

We'll be making use of the checkra1n jailbreak for the next few steps. In order to run it, you'll need access to a macOS or a Linux machine, since checkra1n only has support for these two at the moment. If you can't get your hands on these operating systems, you can jump to the next solution where we use an all-in-one activation lock bypassing tool and make things simpler.

The checkra1n jailbreak has been the most popular method to date to bypass such restrictions. Here's a step-by-step guide to bypass activation lock by patching the "setup.app" on a standard Apple device:

That's it – the bypass activation lock jailbreak is complete. But there's a small cost that comes with this process. Let's discuss it next.

The steps are overly complicated, not suitable for inexperienced people.

It's not always effective – the chances of bricking your device are quite high.

Only macOS and Linux supported, the applicability is relatively low.

If the jailbreaking strategy looks too intimidating, then the next solution to bypass activation lock might suit you better. WooTechy iSalvor is a tool that can swiftly remove the activation lock without entering any ID or password, and most importantly, it guides you all the way through the jailbreaking process and handles all technical work directly and efficiently. Here's a list of advantages in using the iSalvor over the checkra1n jailbreak strategy:

Now here's how you can get started with the WooTechy iSalvor:

Step 1: Open the downloaded iSalvor application and click the Start button on the main menu.

Step 2: Connect the iOS device via a USB cable. iSalvor has the jailbreaking module built in so you don't have to find out how to jailbreak your device in advance. The jailbreaking process might be a bit different according to the operating system you are using.

Step 3: Once the jailbreaking package is downloaded, click Start Jailbreak, and then enter the DFU mode by following on-screen instructions. Once done, click Start Bypass to proceed.

Step 4: Finally, wait for the bypassing to finish. Bypassing should be completed in a while, and you can see an prograss bar along the way.