Did you want to downgrade Xcode but you don't know how to? This Apple integrated development environment tool can be problematic at times. The interface could be laggy, unresponsive, or you might be finding it hard to use some of the Xcode's features.

When any Xcode problems arise, solving the problem could be as simple as making a move to an earlier version of the development tool. For that reason, this article will show you all the requirements for Xcode downgrade and explain how to go about the downgrade process.

But before getting to those instructions, let's see exactly what Xcode means.

Xcode is an Apple's Integrated Development Environment (IDE) that programmers can use to develop apps for iOS and macOS devices. It is called IDE because it packs in one place all the tools required to develop fully functional applications. It has compilers, graphics debuggers, text editors, an integrated build system, to mention a few.

In the next days, the tool was called Project Builder but renamed to Xcode somewhere around the time Mac OS X 10.3 or 10.4 was introduced. Xcode runs on macOS. So, you'll need a MacBook computer or iMac to use it. Xcode is updated constantly, with each update aimed at offering the best performance and experience possible.

You may want to downgrade your Xcode to an earlier version for a number of reasons. As previously mentioned, you might be facing frequent UI freezing, UI Test failures, or other performance-related issues.

Reverting to an earlier version may help you address issues. Follow the steps below for how to go about the Xcode downgrade process.

You don't have to uninstall your current Xcode version before you can downgrade. All that is required is to install any Xcode version of yours. The tool will "override" the previous more recent version as long you made the choice in preference. You'll see how to do that below.

Step 1: Head over to this site. If you're not yet signed in to your developer's account, Apple will ask you to do so. 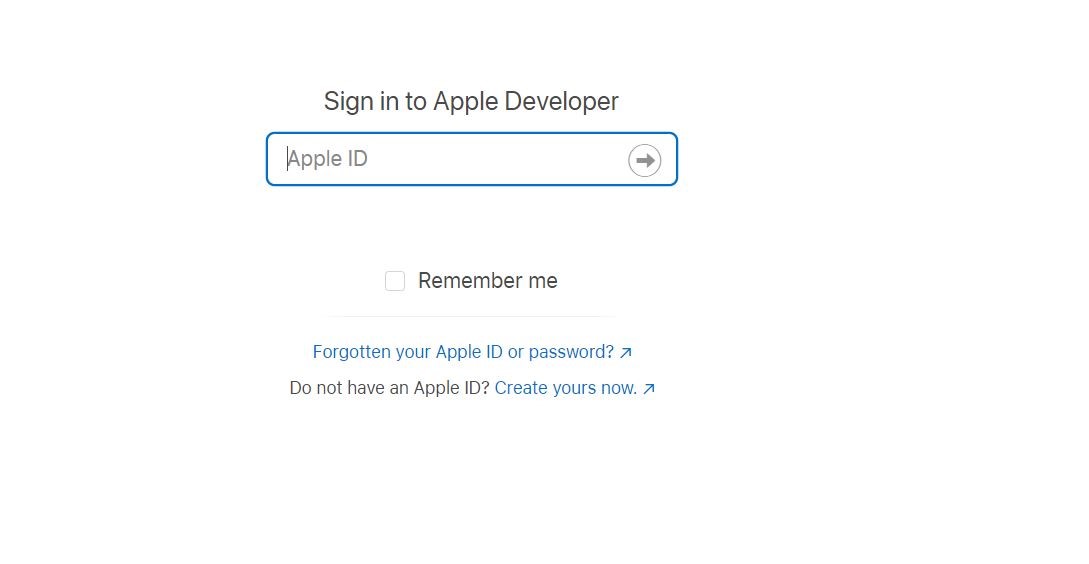 Step 2: When you're in, type Xcode into the search box found at the right side screen. Choose any previous Xcode version you want to move back to and download the .xip.  In this case, we'll download Xcode version 9.2. 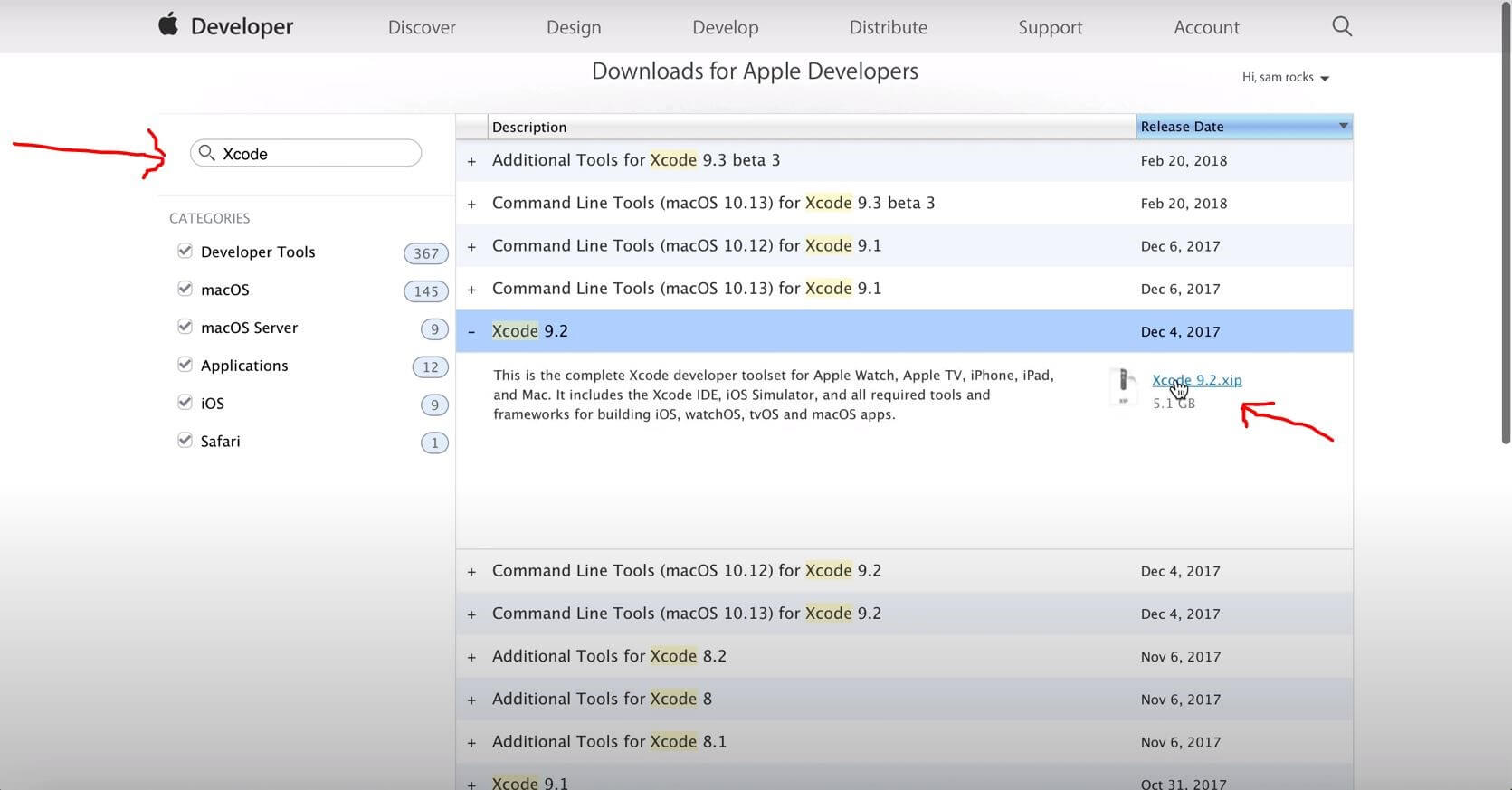 Step 3: After downloading the file, extract it using Archive Utility.

Step 4: After unarchiving Xcode, open it. You'll see an interface like the one below. 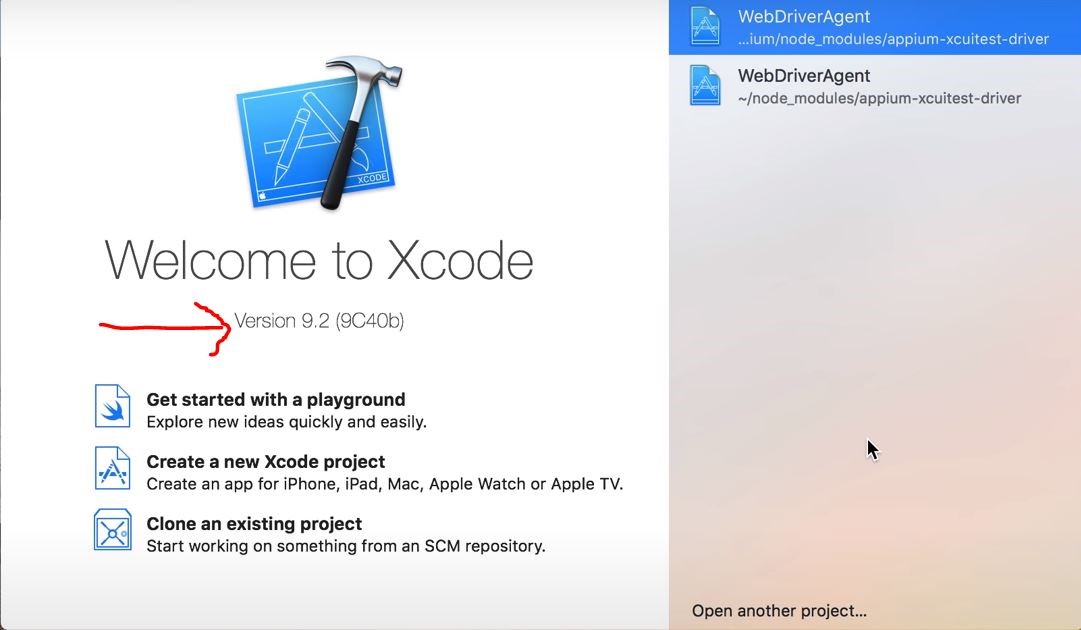 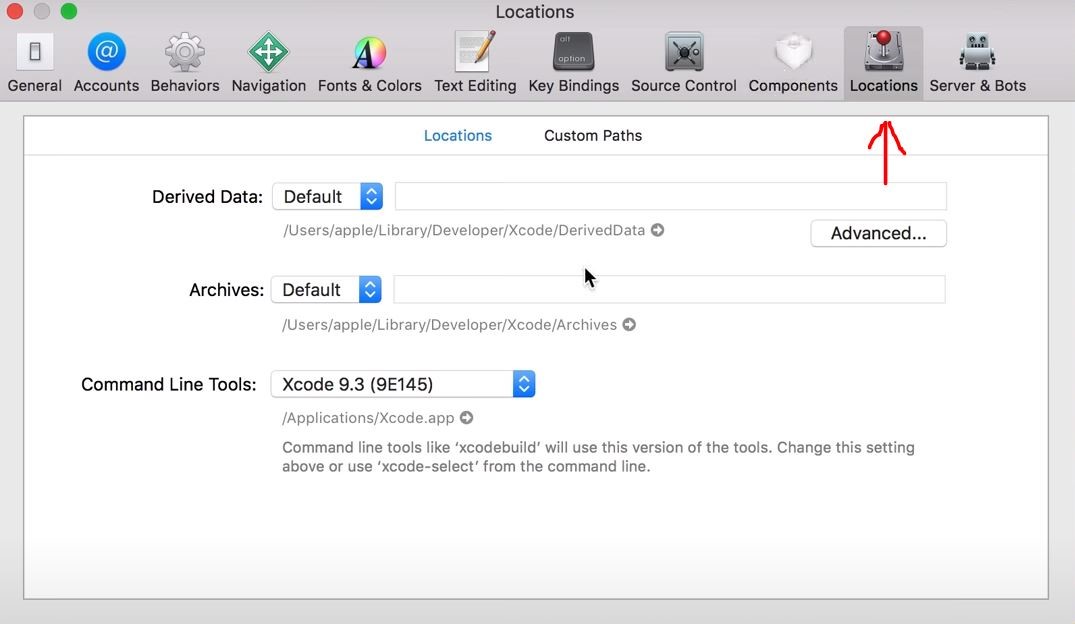 Step 7: Click on the option next to Command Line Tools and choose the new Xcode version you downloaded. As you can see from the image below, the current version is 9.3, and we're choosing the 9.2 version we just choose. 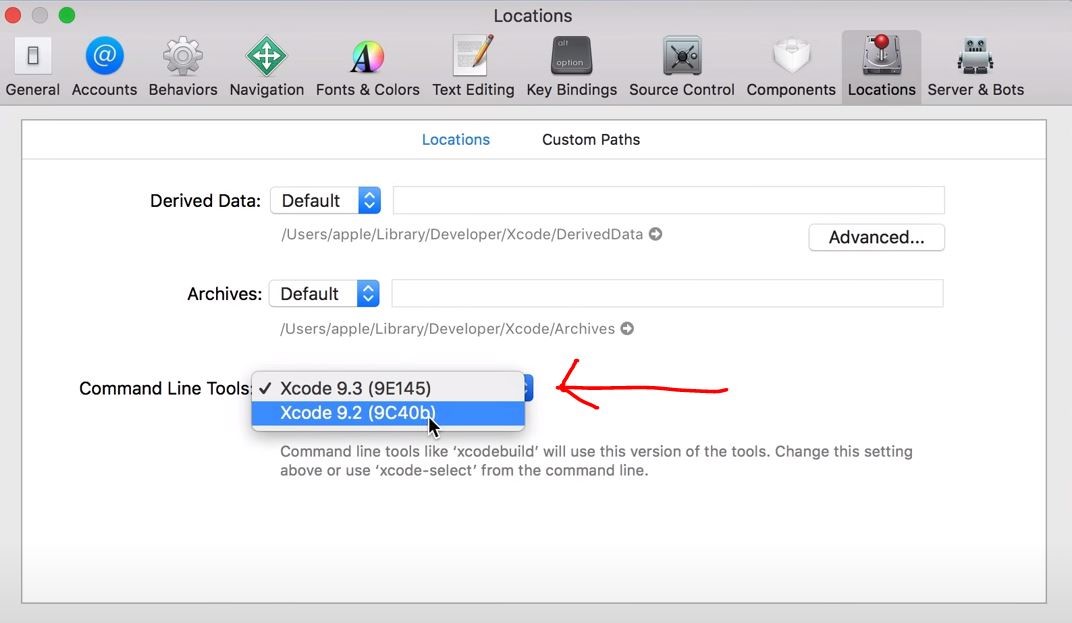 Step 8: To save the change, you'll need to enter your password. Henceforth, Xcode will remember your preference and will use the new chosen version.

As you keep using Xcode, it creates or generates tons of temporary files called cache, which might keep eating up your Mac system resources. This cache problem is often indicated by laggy and unresponsive Xcode sessions.

If this is what you are experiencing, consider first uninstalling your current Xcode and reinstall it later, or better, downgrade to a lower version. The instruction to follow is a complete Xcode removal guide.

Step 1: Go into your Mac Applications folder, locate the Xcode icon and drag it into the Trash.

Step 2: Empty the Trash bin. Some Mac users would generally believe they have completely uninstalled an app this way, but this is not true. Continue with the following steps to see how to completely remove the Xcode tool from your machine.

Step 5: Locate the Developer folder and delete it.

Let's say you have any of the earliest Xcode versions, remove its leave behind files by using the steps below.

Step 8: Enter your administrative password to okay the process.

Step 9: Once the script is done running, quit Terminal.

Just to make sure no junk file is left unattended, use Finder to inspect the content of this directory: ~/Library/Caches/com.apple.dt.Xcode. Rid the folder of any files taking up a residence in it. After cleaning up your folder, follow the steps in part 2 to install a fresh older version of Xcode.

In this article, you've learned that Xcode is called an Integrated Development Environment platform because it comprises all the tools required to develop fully functional applications.

The article also showed you that downgrading to an earlier or previous version of Xcode is hassle-free. All you have to do is download the Xcode development tool and update your preferences in the tool.