[Solved] How to Uninstall/Remove iOS Beta 14

This article explores how to remove or uninstall iOS Beta 14 by deleting the Beta profile or by restoring the iDevice. Due to the fact that the software in beta version is not a complete version and only in a trial phase – between the Alpha and release candidate phases – you may want at some point to uninstall it. This would be in anticipation of a new software update.

This article therefore gives you the tips on how to remove the iOS beta 14. The article also explores some frequently asked questions regarding the iOS Beta 14 software.

What is iOS Beta?

The iOS Beta is an Apple operating system that contains different upgrades or capabilities. It is a pre-release version of an operating system and is introduced before the release candidate phase. It is released in order to identify and fix any bugs in the software before the final development phase. 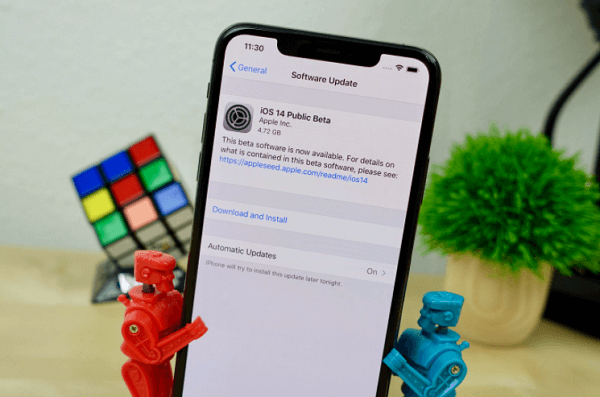 An iOS Beta profile enhances the configuration of Apple devices in order for them to receive any new beta software versions as over-the-air updates in the same manner that the publicly available software updates can be received by your iPhone. With an iOS beta profile, an Apple device can accommodate a generation of beta software related to the profile. When new upgrades have been released, you will need to uninstall or remove the iOS Betas in order to install the new version.

When you want to stop receiving beta updates or update your devices to the release version of the software that you have been beta testing or want to downgrade to more stable release software, you will need to delete the beta profile from your device.  To remove the iOS 14 Beta, follow the steps below:

Step 4: Enter your passcode if prompted and tap the "Delete" prompt once more.

Step 5: Shut off your iPhone or iPad through holding down the On/Off button and using the Slide to power off slider.

Step 6: Finally, reboot your iPhone or iPad device through holding down the On/Off button until the Apple logo is visible. 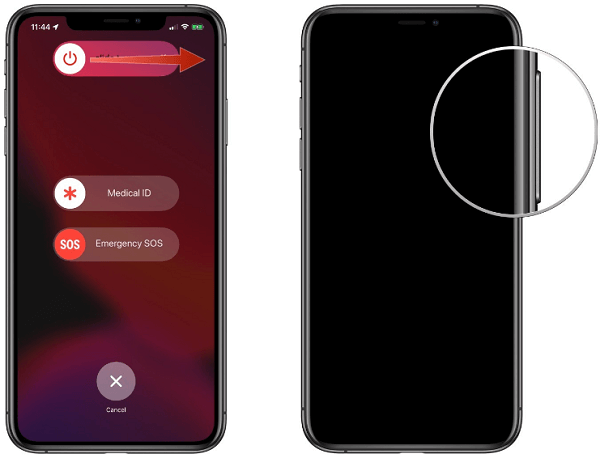 This procedure applies when you want to immediately remove the beta profile. Once restored, you can set up your device again if you have an archived backup. However, you may fail to restore your device with the recent backup if you lack an older backup that was made using the current iOS version.

c: If you have an iPhone 7, iPhone 7 Plus, or iPod touch (7th generation): You should Press and hold the Sleep/Wake and Volume Down buttons concurrently. You should not release the buttons when the Apple logo appears. Just continue holding the buttons until the recovery mode screen appears.

d: For iPhone 6s and earlier, iPad with Home button, or iPod touch (6th generation or earlier): You should press and hold the Sleep/Wake and Home buttons concurrently. Only release the buttons when recovery screen mode appears. This means that you should continue holding the buttons even if you see the Apple logo.

Step 3: Click on the "Restore" prompt when pops up. Through this, the device will be erased, and the current non-beta iOS version is installed. However, if the download exceeds 15 minutes and the device exits the recovery mode screen, just let the download complete, and then repeat step 2.

Step 4: Once the restore process finishes, you can set up your device from backup. That means you have successfully uninstall iOS 14 beta.

Q1: How Do I Switch from iOS Beta to Regular?

When switching from iOS beta to regular, it means you are downgrading to an older version. Firstly, click on "Restore" on the Finder popup. Secondly, click "Restore and Update" to confirm. Then, click on the "iOS 14 Software Updater". Finally, click "Agree" to accept the "Terms and Conditions" and start downloading iOS Beta regular.

Yes, the beta version is normally safe. Even so, being in the beta stage means that the software is still in a testing phase and has not been tested in the wild. It is lies between the alpha and release candidate phases and still needs to identify the bugs and fix them.

Go to Settings, General and then Tap on "Profiles and Device Management". Then Tap the "iOS Beta Software Profile". Finally Tap on "Remove Profile" and restart your device.  The iOS 14 update will be uninstalled. You can then wait for the next public version of iOS, install it and move back to a non-beta version of iOS.

Yes. You can uninstall iOS 14. Even so, you will have to entirely erase and restore the device. If you're using a Windows computer, you should ensure iTunes is installed and updated to the most current version. If it is a Mac, ensure that the Mac's software is updated by tapping on the Apple logo located on top of your screen then choosing the System Preferences > Software Update.

Premised on the need to regularly update operating systems, the beta version serves as the perfect way to test the efficiency of software before their official release.  It manifests between the Alpha and the release candidate phases.

The iOS Beta 14 (introduce in 2020) is an example of the most recent generation of Apple’s operating systems with refined capabilities. To remove it from your device in anticipation of any updates, you can either restore the device or delete the Beta profile. After your device has restored, you can proceed to set up your device from your archived backup.