Hassle-free to turn off Find My [device] without password in seconds.

Watch in a Film

Support iPhone 5S to iPhone X running iOS 12.3 and later versions. Check the supported models >>
What Can You Do After Successfully Bypassing the Lock

Use a new Apple ID

Stop possible tracking from other iDevices

Once you bypass the activation screen lock using iSalvor, your iPhone/iPad/iPod touch will be jailbroken. You won’t be able to make calls, use cellular data or access iCloud on your device; however, you will be able to use the device for other daily use purposes.

After bypassing, if you upgrade or flash your device, you will see the activation lock screen again. Nevertheless, you can use iSalvor on the same device multiple times to bypass the activation screen lock. 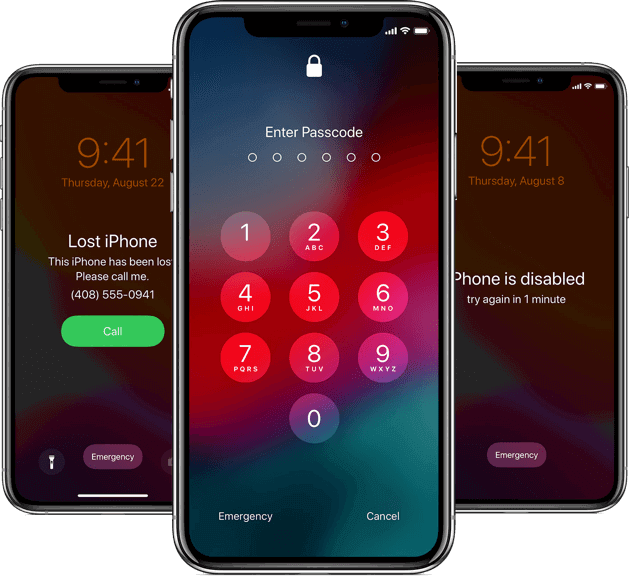 Won't get an activation lock screen after removing screen locks.

Quickly unlock the screen lock though Find My [Device] is enabled.

Prevent being tracked and blocked by the previous Apple ID.

On iOS 12 : after resetting your device, the activation lock will reappear.

On iOS 13 and later: you can access all features after unlocking.

Turn off Find My iPhone without requiring any Apple ID or password.

Enjoy all the iOS features and iCloud services without any restrictions. 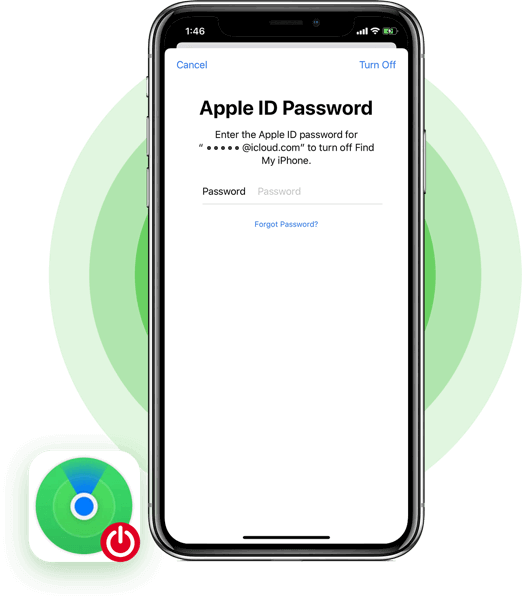 Did you change the SIM carrier of your iPhone but find the new one is not supported or invalid? iSalvor comes in handy in this case!

With several clicks, the SIM lock will be removed from your iPhone. After the removal, all functions will keep the same so you can use the device without limitations.

See How Customers Think of Us

I was having problem with my icloud activation lock, I wasted a lot of time in it by myself. But this tool was so amazing and fast that my problem was solved with no time and I bypassed it easily.

A big thanks to the iSalvor team for bringing this software to life. I forgot my iCloud passcode and was locked out of the Activation Lock. I don't need to go to the Apple Store for help. Thank you again!

Yes, you read that right. In 3 quick steps and just in seconds, I was able to bypass the activation lock screen of my iPhone 7. Don’t believe me? Try the software yourself and see; it’s pure magic!

Honestly, I didn’t expect the software to be so easy and efficient. Thanks to the iSalvor, I can use my iPhone X again.

END_OF_DOCUMENT_TOKEN_TO_BE_REPLACED

iSalvor is a powerful tool that has more advantages than other programs or methods. Check the details below.

recently we have found some piracy removal tools that seriously infringed our copyright.

Remove SIM lock on Your iPhone Easily and Quickly

Won't Be Blocked by The Previous Owner Any More After Restoring

Other Tools or Methods

Unable to Remove SIM Lock from Your iPhone

No Reply or Support

1. What are the piracy removal tools in market?
Those piracy tools had a bad impact on our brand - WooTechy iSalvor, such as iBoss , MTool and iBypasser on Twitter. Any websites that copied from WooTechy official website are fake, please be alert to protect yourself from those scams. This is the only OFFICIAL WooTechy iSalvor websites: www.wootechy.com/bypass-activation-lock/.
2. Is there any difference between the 4 modes that WooTechy iSalvor offers?
iSalvor has 4 modes of operation, including bypassing iCloud activation lock, turning off Find My feature, removing screen lock & activation lock as well as iPhone SIM lock.
Each mode supports different devices. Besides, different available functions will be accessed after unlocking. Learn more about the difference here > >
3. Does iSalvor truly remove iPhone activation lock?
By using iSalvor, you can bypass the iCloud activation lock screen without password or previous Apple ID. So you can use a new Apple ID to login the iCloud account.
Please note that it does not remove the original Apple ID used on your device from the Apple servers themselves. If you can prove the device is yours (typically with a receipt), then Apple can remove that iCloud restriction for you.
4. Does iSalvor requires jailbreak to bypass iCloud activation lock or turn off Find My iPhone?
Yes, jailbreak is the prerequisite of bypassing iCloud activation lock and turning off Find My iPhone.
5. Can I use iSalvor on a Windows computer?
Yes. iSalvor is compatible with Windows 7 - 10 and it also works on macOS 10.13 - 10.15 (High Sierra through Catalina).
END_OF_DOCUMENT_TOKEN_TO_BE_REPLACED